Being away from civilization, the hustle and bustle of city life has a weird effect on us city dwellers.

This can manifest itself into different forms. Some might discover their incessant desire to check their phones (but let’s face it, there’s nothing there), some might decide to question the very meaning of life, sparking philosophical contests. The latter, ensued as we sat on the stone steps outside of the Langtang Hotel (2890m), sipping our warm lemongrass tea, basking under the warm noon sun, while you feel the sweat slowly fading away by the chill breeze. All seems restful, but a little too comfortable for our teammate, Joel, who quipped “how do you know that girls, are girls”.

“What an absurd question?”
“This must be the AMS speaking!”

Surprisingly, this instigated a long-lasting argument…till lunch. This has been a running gag within the team, a constant reminder of the irrational (or perhaps hyper-rational) moments of our expedition. Despite the joke, this form of questioning is still laden with truth. What does it mean to know? or maybe to put it in the context of our club, what does it mean to make something real?

What does it mean to “Make It Real”?
I believe to make something real, would entail the materialization of an ambition, a goal, a desire of sorts.

For our team, the “it” refers to our desire to ascend a mountain. That mountain, was initially Scouts Peak in Langtang Valley, Nepal. Our goal was to make that a reality. To do so, we first had to make it. This resulted in numerous technical and physical trainings, gallons of blood, sweat, tears (okay maybe only sweat and a lot of cramping from me) was poured out on campus, on Bukit Timah Hill and on block 41 at Clementi. 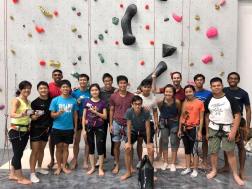 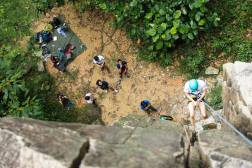 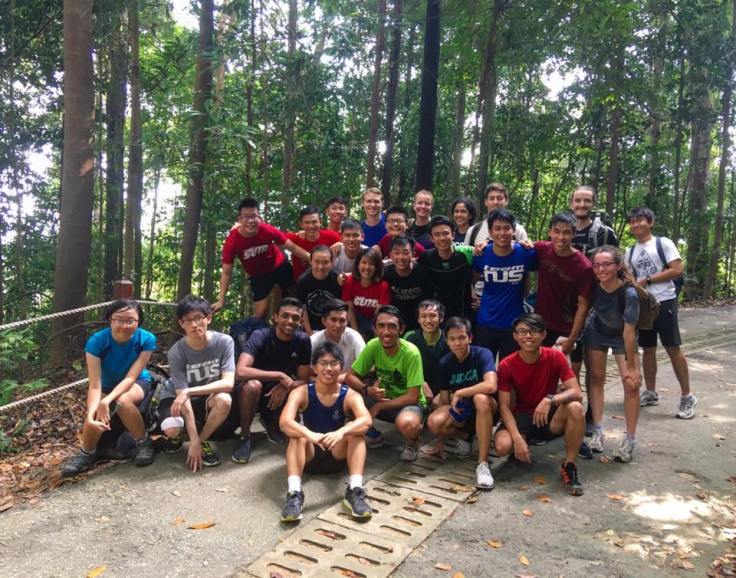 To make it, we had to brave through the cold in the valley of Langtang. Numerous nights were spent in sleeping bags (unless you were too stubborn). The slopes were another challenge altogether, and don’t let me get started on the AMS.

However, much to our disappointment, we could not ascend Scout Peak due to some logistical issues. Instead we had to settle for Tserko Peak (5890m). The journey there was built on plenty of excruciating falls, heavy breaths and tired faces, but in the end, we made it, and we made it together, all 11 of us. In fact, we were the first winter team in a long time who did not request for a Heli Evac, although it would have been exciting to see one. Even though we were unable to make Scout Peak a reality, I believe the journey is always more important than the end product. Ultimately, I feel like the view at the top, is only enjoyable because of the voyage from below.

I enjoyed my time to Scout Peak. I hope you will too.